Combining elite sports with higher education, how does it work? Jönköping University (JU) is one of Sweden’s elite athlete friendly universities (EVL) and certified by the Swedish Sports Confederation. Elin Hellgren and Ahmet Rapi are two students who are successful in both their sports and their studies. 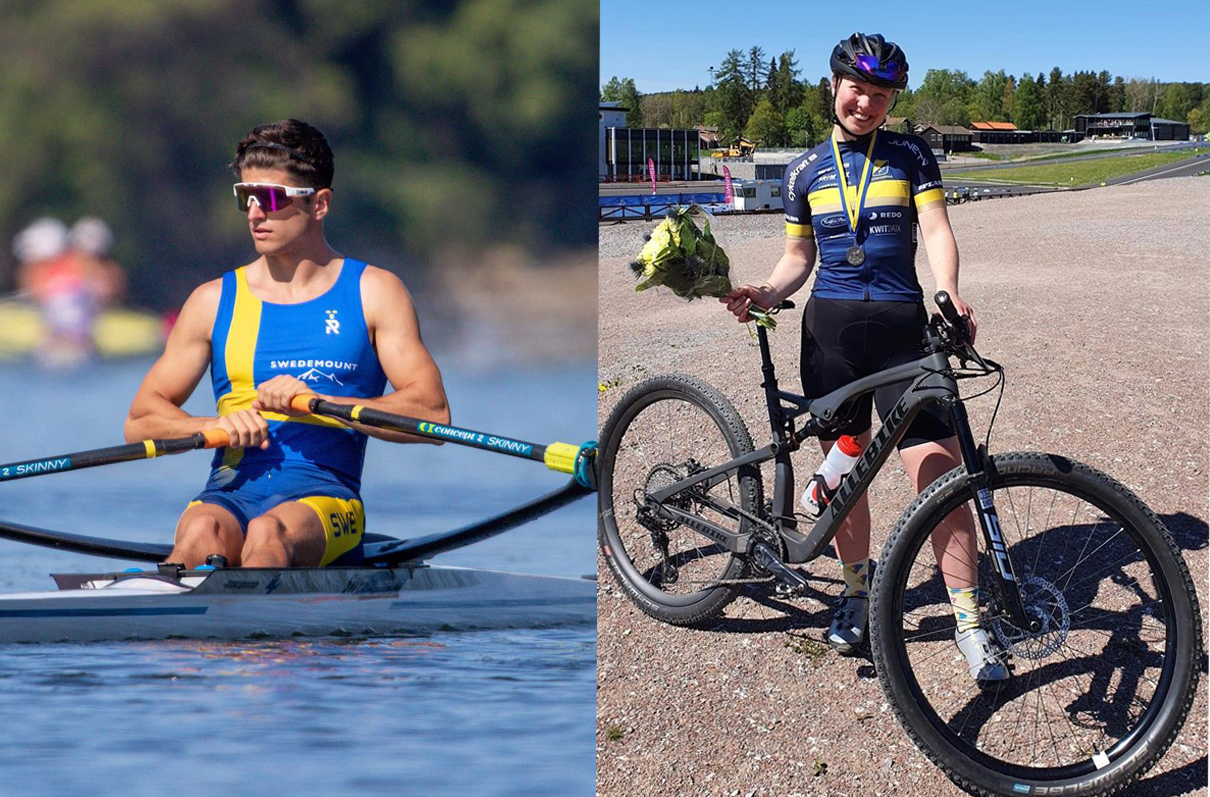 Ahmet Rapi is a student at the School of Health and Welfare where he is enrolled in the dental hygienist programme. During the spring, he took a break from that programme and studied the relatively new programme Entrepreneurial Basic Year.

At the beginning of June, Ahmet came in sixth place in the World Cup in rowing. It was the first time he competed in an A-final in a world cup. Ahmet has previously won Swedish Championship gold, set a Swedish lightweight record, and won the Nordic Open. He has also been awarded a scholarship for his strong achievements.

“Jönköping is a fantastic city for combining elite level rowing with studies, there is never a long distance to anything here. During the autumn, I will start term three of the dental hygienist programme and at the same time compete a bit internationally. I am also looking forward to the indoor European Rowing Championships which will be held in Jönköping at the end of January,” says Ahmet.

Read the motivation for Ahmet being awarded the scholarship (in Swedish)

Elin Hellgren is a recent graduate from the School of Health and Welfare where she has been studying Prosthetics and Orthotics. Not long ago she won a silver medal in the Swedish Championships during the Swedish Cycling Games. In her sprint debut in mountain biking, she came in second place, just after Jenny Rissved who will represent Sweden in the Olympics in Tokyo later this year.

“I have just graduated from the Prosthetics and Orthotics programme at JU and having studied at an Elite athlete friendly university (EVL) gave me a logistical security. For example, I could attend a training camp in Spain as it was possible to change my schedule, so I didn’t miss any mandatory parts of the course. Now, the next step is a move to Falun, where there will be more mountain biking and a new job as a Prosthetist/Orthotist, which was also in the city where I took the Swedish Championship silver in XCE in May this year. A really great achievement,” says Elin.

More about the SM silver in Swedish